What is Mediation and is it right for me? 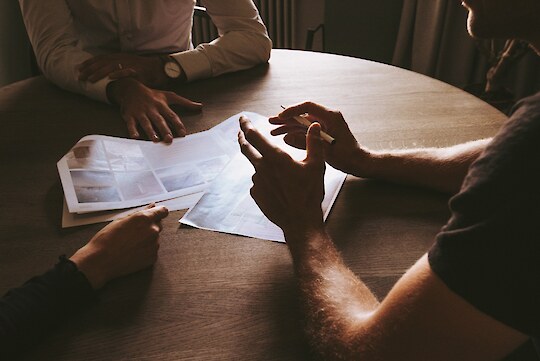 The first questions most people will ask when experiencing a dispute are - what are my options and how can this come to an end? Where parties are unwilling to resolve a dispute, a good and cost effective option is mediation.

Mediation – is it right for me?

This is generally a quick, structured, mutual and ‘hands-on’ process where the disputing parties work with a mutual third party, the mediator, to resolve their disputes.

Mediation is recognised as a well-accepted technique for resolving disputes that is commonly used in the areas of commercial, housing, employment, construction, environmental, family, public policy, community and other disputes.

A voluntary process where parties discuss the issues of a dispute with the help of a mediator.

A mediator acts as an impartial third party who facilitates discussion where parties explore and, if appropriate, reach a mutual resolution of some or all of the issues in dispute. The mediator has no authority to make decisions regarding the outcome and has no power to impose settlement.

However, participation in mediation can be seen as part of the good-faith duties of an employment relationship i.e. if a party chooses not to take part, the other party may be able to take their complaint to the Employment Relations Authority (ERA) which can require parties to engage in mediation.

How is mediation different?

Mediation is separate to, and differs significantly from arbitration and litigation.

In mediation, neither party nor the mediator are bound to the limitations of what is legally ‘right’ or the ‘rules of evidence’. This allows the parties to control the outcome where they are free to accept or reject terms of settlement suggested during the mediation.

By contrast, arbitrators and courts are obliged to decide the particular dispute in accordance with the law, where parties are bound by the final decision. An example where a dispute goes to arbitration and litigation is where parties are ‘unwilling’ to resolve a dispute due to its serious nature or the relationship of the parties.

When is mediation appropriate?

Parties should engage in mediation in circumstances where:

It is important to understand that mediation can be binding so long as the parties agree to certain outcomes and enter into a contractual agreement recording the decision. Should parties not comply with the contract, it can lead to further disputes that are time consuming and costly.

However, before engaging in mediation, parties sign an agreement to mediate agreeing that the process is confidential and without prejudice. This means evidence cannot be used in the court of law.

Why is mediation considered as ‘the first port of call’

The mediation process is slowly becoming the preferred avenue of resolving a dispute. Most employment contracts include a provision requiring parties to enter into the dispute resolution process as their first step to resolve issues before making a civil claim. This has become growing trend in New Zealand which allows the parties to focus on the underlying circumstances that have had a contribution to the dispute, rather than focusing on the legal issues.

Mediation does not focus on the parties’ fault or truth, but how to identify the best possible options for resolving the issues. Questions of which party is at fault or in the right become less important and usually an issue is centred around something unknown to the other party. As a result, parties may reunite and feel valued as their opinion or issues have been heard.