'Mr Stinky' would fart and walk away 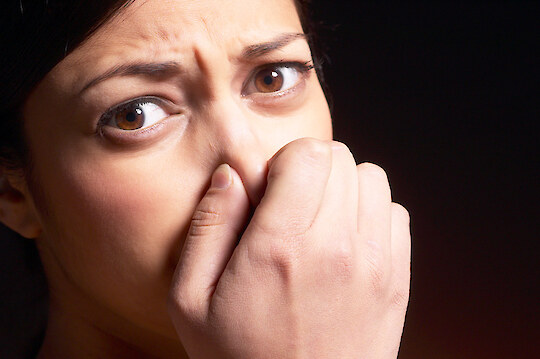 There are over 300 different euphemisms for “flatulence” – break wind, pass gas, cut one, cut the cheese, bum sneezes, silent but violent, drop a bomb, drop your guts, crack one off, let one rip and of course, plain old farting. It knows no borders, everyone around the world does it and having dogs’ means they’re invariably always to blame. Whilst it’s even the topic of the world’s oldest joke dating from 1900 BC, roll forward to the 21st century where in the workplace, flatulence is often no joking matter and can instead be a source of a personal grievance and bullying.

In this article, we look at a recent Court of Appeal case in Australia where the Court is tasked with getting to the bottom of a case involving an employee who claimed his former supervisor subjected him to flatulence bullying; and we look at how this might pan out here.

“He would fart behind me and walk away”

David Hingst, a former employee at Construction Engineering claimed A$1.8m in damages as part of an unfair dismissal case after he was made redundant. He claimed (amongst other matters) that his supervisor Greg Short deliberately farted in his direction during his time with the employer: “he would fart behind me and walk away. He would do this five or six times a day.” This led to the employee spraying deodorant at Mr Short and calling him “Mr Stinky”.

The recurrent gas-passing, Hingst claimed, was part of a conspiracy to end his employment and resulted in him suffering severe stress, depression, anxiety and physical injuries.

During an 18-day hearing, Mr Short said he didn’t recall breaking wind near Mr Hingst, recalling he “may have done it once or twice, maybe,” but not “with the intention of distressing or harassing” him. Another employee Phillip Hamilton told the court he recalled times when Hingst got quite offended by some of the stuff that went on, but that it was ‘typical banter or mucking around.’

According to the Victorian Supreme Court in 2018, farting in the office is not bullying and is just part of Australian humour; and threw Hingst’s case out. Hingst appealed. Earlier this week, the appeal was heard by the Victorian Court of Appeal with a ruling expected soon.

What’s the position in NZ?

So, what is the position in a kiwi workplace? It is recognised here that bullying in the workplace can create a risk to health and safety. Under the Health and Safety at Work Act 2015 employers have the primary responsibility for the health and safety of their workers. The Employment Relations Act 2000 also requires employers to act in good faith towards employees, including being responsive and communicative. Workplace bullying and harassment must be investigated by employers.

Workplace bullying is defined in the Worksafe Best Practice Guidelines as ‘repeated and unreasonable behaviour’ directed towards a worker or group of workers that can be physical, verbal or relational/social. Repeated behaviour is persistent and includes a range of actions over time. Unreasonable behaviour are actions that a reasonable person in the same circumstances would see as unreasonable. It includes victimising, humiliating, intimidating or threatening a person.

In Hingst’s case, other employees gave evidence they did not see Mr Short’s flatulence as unreasonable, some of which was involuntary or which he appears to have done as a ‘joke’. In New Zealand if an employee’s flatulence is an intentional targeted and repeated pattern of behaviour aimed at another employee, arguing it was done as a joke is not okay; this behaviour can give rise to a personal grievance because it is workplace bullying, and any inaction by an employer to investigate can also give rise to a personal grievance.

The Judge went wider than the culture in the workplace when he said he considered farting to be part of the Australian culture. While that might leave some gasping, it will be interesting to see if the Court of Appeal will allow the employee to squeeze $1.8m from his former employer.