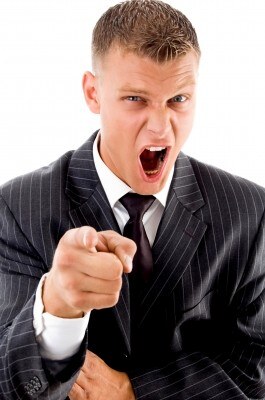 Many workplaces have a workplace ‘bully’; it might be the passive aggressive, or intimidating one, who is difficult to deal with, or who is constantly putting people down. Their behaviour however, must reach a high level of seriousness, and be ongoing, to be substantial grounds for taking disciplinary action against that person.

There is a need to clarify what does and does not constitute workplace bullying so that both employers (and employees) know what is and is not acceptable behaviour.

The Employment Relations Authority has not given an exclusive definition of ‘workplace bullying’, but instead have given examples of what does and do not constitute bullying.

Being ‘mean’ to an employee

The Employment Relations Authority (the ERA) has made it clear that a personality clash between employees or an employer and employee, will NOT be enough to support a claim of bullying. Snarky or rude comments, and simply being abrasive towards another employee will not be enough. In one case, an employee complained about various things, particularly, that her employer would use offensive words in her presence, exclude the employee at meetings, and communicated with her in a tone that indicated a ‘disdainful’ attitude towards her. The ERA acknowledged that while the employer’s manner was insensitive and at times rude, the ERA held that the employee was an extraordinarily sensitive person who took offence to behaviour that fell within the normal range of what can be expected at a workplace.

Simply causing an employee unhappiness will not in itself be held to be bullying, particularly in a fast-paced and high stress environment. For example, a Head chef yelling at staff in a restaurant, singling them out and blaming them for deficiencies was considered by the ERA held to fall well within the scope of expected and acceptable conduct between a chef and his staff in a busy kitchen.

Being blunt and dominant towards employees, (as many employers can act in the workplace), does not reach the threshold of bullying either. In Briggs v New Zealand Gem Trading Company the employee complained that various behaviours of her employer, such as his condescending and overbearing manner, his negative tone of voice and his frequent derogatory comments about her, amounted to bullying. Again the ERA held that this behaviour came within the normal range of what could be expected.

Then What Behaviour Does Amount to ‘Bullying’?

1) Overt bullying such as physical threats, can be easily identified. This was the case in Harbord v Waste Management where one employee threatened to kill another workmate following a disagreement between the two of them at work. The workmate making the threat was heavily built and repeatedly made throat cutting and gun pointing gestures, and intimidated the employee by following him to and from work. This was bullying.

2) Bullying can also be more insidious. The ERA in McGowan v Nutype Accesories found that the repeated verbal abuse of a member of staff to his general manager when he would walk past his office, calling out words such as “idiot,” “f…ing bastard,” “you’re f…ing disgusting, dead man,” and “I’m gonna f…ing drop you, bastard,” was a case of persistent and offensive bullying. The staff members thought the manager was involved in internet pornography, an unfounded allegation. The verbal abuse “deeply and repeatedly” humiliated the manager.

The manager complained and the employer failed to take proper steps to investigate the repeated verbal abuse. The employer’s failure to take steps to investigate and protect the manager (a duty which arose immediately after the manager had made his employer aware of the abuse), meant that the claims of constructive dismissal was upheld by the ERA. In other words the Manager left and the ERA held that the employer’s failure to address the bullying by the staff member meant that the Manager had been constructively dismissed.

Let it be clear – I am certainly not condoning treating employees badly. But it needs to be emphasized from a legal perspective what will and will not be deemed bullying. The behaviour needs to be repeated, and offensive, abusive, intimidating, malicious or insulting. Stressful working conditions, an insensitive or blunt employer, or a personality clash, will not be enough.

If you have a tough boss, you may need to get over it, (or leave).