Our Fence - Who Pays? 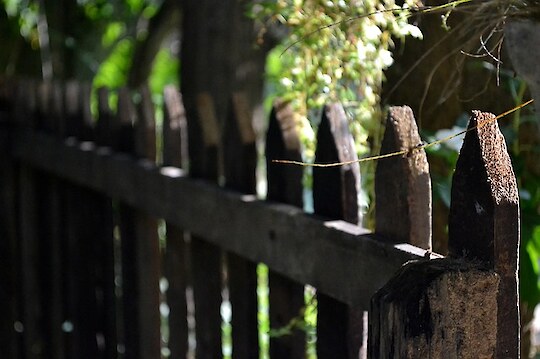 Most people will know that there are ways to compel a neighbour to contribute towards paying for a shared boundary fence; here is what you need to know before you commit yourself to the work and the expense. Whilst there will be exceptions (for example there is a fencing covenant, a swimming pool is involved, or you are buying land recently subdivided) the Fencing Act 1978 does provide for adjoining occupiers sharing the cost of fencing boundaries.

When can I ask my neighbour to contribute?

It is not sufficient that one should want to “keep up with the Jones’”, but if you don’t have an “adequate fence” i.e. one reasonably satisfactory for the purpose that it serves or is intended to serve, than the Act applies. So if you are satisfied that you need a new or improved boundary fence (the next-door neighbours’ sheep, horses, dogs - or children for that matter - are becoming too much of a nuisance), then the Act sets out the steps and forms to be used if you want to compel a neighbour to contribute to fencing your shared boundary.

Whilst the Act sets out the formal steps to be taken, parties can privately come to an agreement. However, be careful - if you go about building your boundary fence under an informal agreement you risk not being able to compel your neighbour to pay, and may find yourself seriously out of pocket. Similarly, be cautious on what you agree to over a cold beer with your neighbour, or risk having to pay for that new fence you don’t like, want or need.

Ho do I go about it?

The first step in the Fencing Act process is notice, and is intended to set up a dialogue between the parties so both have the opportunity to have some input into the fencing. The Act sets out the form that the notice is to take and the information to be included: the what, where, when, how and how much of the fencing.

Once notice is served, the neighbour has 21 days in which to give cross-notice of any objection. If the neighbour does not object within the 21 days, then, the Act states that they are taken to have agreed to the proposal.

The Act also sets out the form that the cross-notice is to take which includes not only the objections to the proposal but also any counter proposals offered.

Time limits exist for completing the work, and notices, cross-notices, agreements and orders lapse if the work is not done within a set time frame.

Now whilst adhering to the Act doesn’t promise that your neighbour is going to be a good payer, it does create a legally recognised and enforceable debt.

NB:. the information contained above applies to all fences - rural, residential, or commercial